It’s been a busy month for us! Here’s some of what’s new at GitClear lately. 🚀

Code Reactions power up your ability to rapidly give feedback, and spot possible patterns in the type of feedback that developers receive

The banner feature of December was the launch of Code Reactions﻿. These are the companion to our Commit Activity Browser. For Senior Technical staff that want to keep abreast of how their repos evolve, Code Reactions provide a very convenient way to leave feedback, and spot patterns of feedback given to developers. We’ve created a help page that goes deep into the 30 types of Code Reactions that we support as of this v1 launch﻿. The help page also describes the various places within the UI that we surface Code Reactions.

I’m especially eager to hear feedback about this feature for anyone that incorporates it into their dev feedback process. Drop me a line at bill@gitclear.com.

Historical Stats now show not only Line Impact and its rate of change, but also Issues Resolved, PRs closed, and Commit Count over the current interval, and relative to the past interval

Historical stats now include a summary of all four of the major stats that our customers care about: Line Impact, Pull Requests merged, Issues Resolved, and Commits. Along with a glimpse into how each of these dimensions has changed during the current time period compared to the previous one.

As part of this generation of Historical Stats, we decided to freshen the way that provenance stats are calculated. Previously, they were something of a mishmash of different signal. Now, they provide a window into the age of the code that is being worked on by the team. 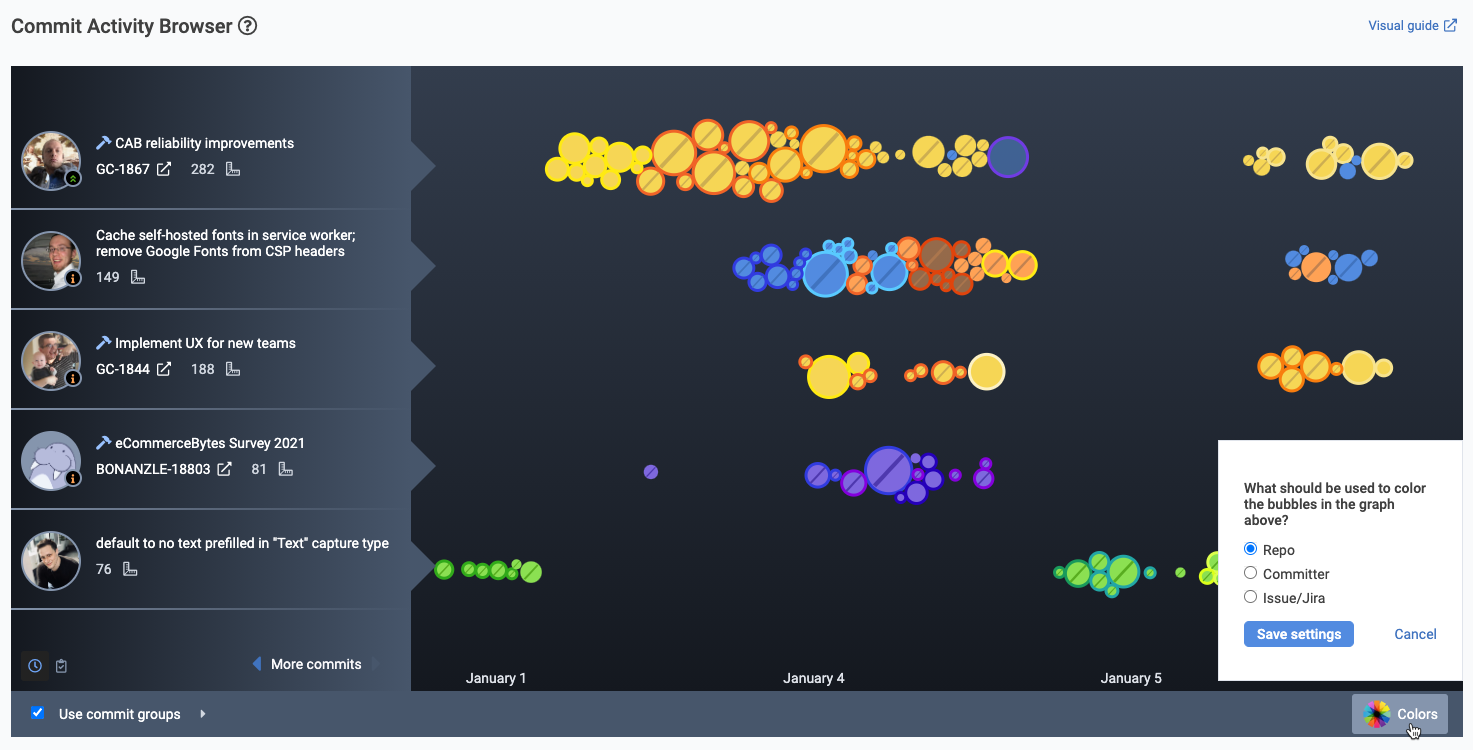 Commit Activity Browser after its latest round of improvements

We made a handful of improvements to Commit Activity Browser in December:

Demarcate commits with Code Reactions. To promote visibility into work where something interesting happened, we now emboss a star on commits that have had a Code Reaction associated with them. We also list all Code Reactions in the commit tooltip.

Rebuild commit groups. There is a new icon that allows commit groups to be manually rebuilt if they’re in an inconsistent state. Code Reactions are persisted through a rebuild. Every month we see greater success building commit groups, but until we’re hitting 100% success rendering any arbitrary set of commits, we’ll offer options to improve quality.

Hover on a line in a commit group to see its checkin note. This is useful when you want a little more context on the circumstances that brought about a particular line among a large group of code changes. 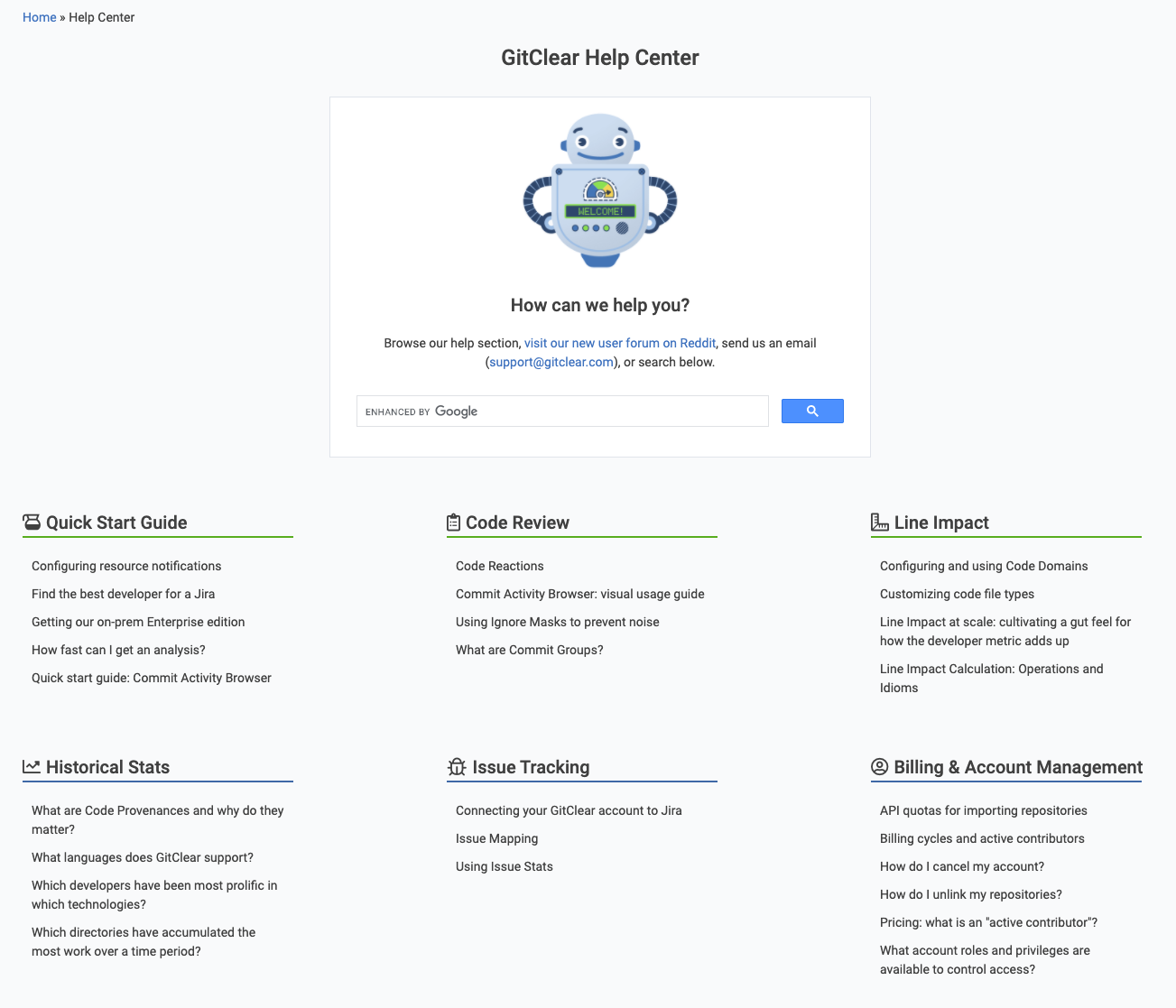 Finally, we updated our Help Center﻿ to be more helpful by organizing articles by topic, and roughly doubling the number of topics that we cover. If you’re new around here, the Help Center is now a great starting point to get started, learn about use cases, and learn how to use specific GitClear reports.